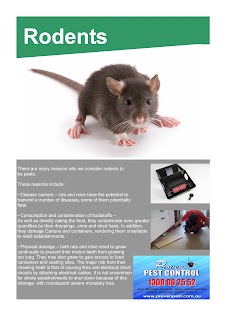 The Redback Spider favours proximity to human habitation, with webs being built in dry, sheltered sites, such as among rocks, in logs, shrubs, junk-piles, sheds, or toilets. Redback Spiders are less common in winter months. They are not found inside homes unless they are walked in on persons. This being said, they hide out in the above areas so you still may sight them in the winter months.

Only the female bite is dangerous. They can cause serious illness and have caused deaths. However, since Redback Spiders rarely leave their webs, humans are not likely to be bitten unless a body part such as a hand is put directly into the web, and because of their small jaws many bites are ineffective. To avoid the risk of getting bitten at all, call Proven Pest Control.

It is so important to keep your home tidy. Removing overgrown trees, mowing the lawns, sweeping, hosing, cleaning gutters, rubbish piles, taking clothes off the line once they’re dry etc. If you have garden plants and pots around the outside of your home, ensure they are checked regularly. They have been found in cubby houses and sand pits in the past so checking them before playing is ideal. 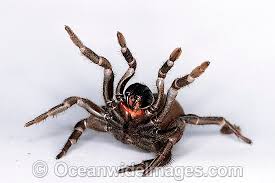 Missulena is a genus of spiders in the mygalomorph family Actinopodidae, sometimes called mouse spiders. As of 2016 there are 17 known species in this genus, all but one of which are indigenous to Australia. Both male and female Mouse spiders have very large fangs and fang bases. Mouse spiders are aggressive spiders and will bite if provoked. However, only several of the species have been found to produce serious symptoms similar to those by the Funnel Web spider.

Mouse spiders are found in east coastal and highland regions of Australia. Like trapdoor spiders, the mouse spider lives in burrows in the ground, often in the banks of rivers, creeks and other waterways, but is also found in suburban gardens. The burrows are built with double or single trapdoors and the entrance is oval shaped. The females tend to remain in or near their burrows throughout their lives. Males can be found wandering during early winter, especially after rain.

Insects are the main prey of mouse spiders but their diet could possibly include small vertebrates and other spiders.

Males reach sexually maturity at about 4 years of age. They leave their burrows during the breeding season to find a mate. They go looking for a female during the day and the mating usually takes place in the females burrow.